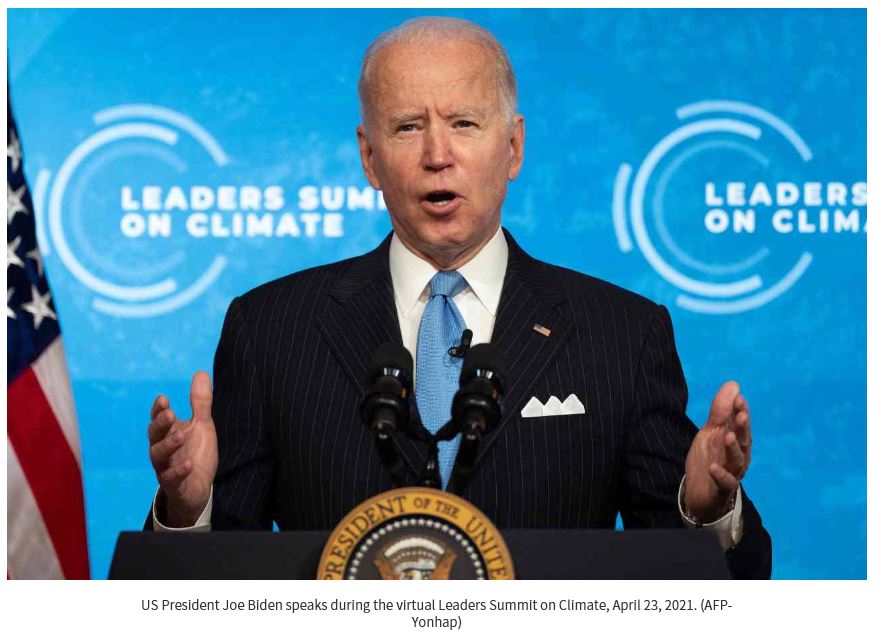 Fighting climate change is now a top domestic and international priority for many countries, as world leaders solidify their carbon-cutting commitments for a greener future. But experts say the goal may be harder to obtain than thought.

The climate summit in late April, joined by dozens of world leaders and hosted by US President Joe Biden seeking to restore American leadership on climate policy, marked a renewed global push to tackle the crisis after years of lukewarm response to the challenge.

Biden, who reversed former President Donald Trump’s decision to withdraw from the Paris Agreement, said the US would reduce its emissions by as much as 52 percent by 2030 compared with 2005 levels. Biden stressed that countries have to put the commitments into real action.

A month earlier in March, the US and EU -- the world’s second- and third-largest emitters of greenhouse gases -- pledged to expand their alliance and work with global partners on climate action. The EU is seeking carbon neutrality by 2050.

China, which is the largest emitter of climate-warming greenhouse gases, said it aimed to bring emissions to a peak before 2030 and achieve carbon neutrality by 2060. But doubts remain, as Beijing left out a cap on energy consumption in its latest five-year development plan revealed in March.

Experts said Washington and Beijing will clash over climate policy, as they have yet to find common ground in their long-simmering conflict on trade and foreign policies.

“They are not on good terms, and to expect otherwise on the climate front looks more like wishful thinking,” said Hwang Ji-hwan, a professor of international relations at the University of Seoul.

Lee Tae-dong, an international studies professor at Yonsei University, said the US could leverage climate policy to hit back at China.

“Trade reprisals involving decarbonization, for example. I think’s that’s highly likely, given the expanding trade friction between the two,” Lee said. In the meantime, South Korea should pull ahead in the global race for green energy, he added.

At the US climate summit in April, President Moon Jae-in set bigger cuts in greenhouse gas emissions by 2030 than previously revealed and pledged to achieve a carbon-neutral Korea by 2050. But Moon, who was short on details, has been criticized for refusing to reverse his decision to phase out nuclear power.

“There is no way for us to go carbon-free by 2050 if we abandon nuclear power,” said Chung Bum-jin, a nuclear engineering professor at Kyung Hee University. Renewable energy such as solar and wind power produce much less energy than what nuclear power does for Korea now, he said.

“Not only that, Korea is not the best place to have solar panels and wind turbines,” Chung added, noting the issue should be brought to greater attention as the government prepares the P4G summit it is hosting virtually on May 30-31.

The gathering, which aims to support green projects in the public and private sectors and help developing countries use technology for green growth, paves the way for the annual UN climate talks in November. There nearly 200 countries will have to report their latest climate pledges under the Paris accord.