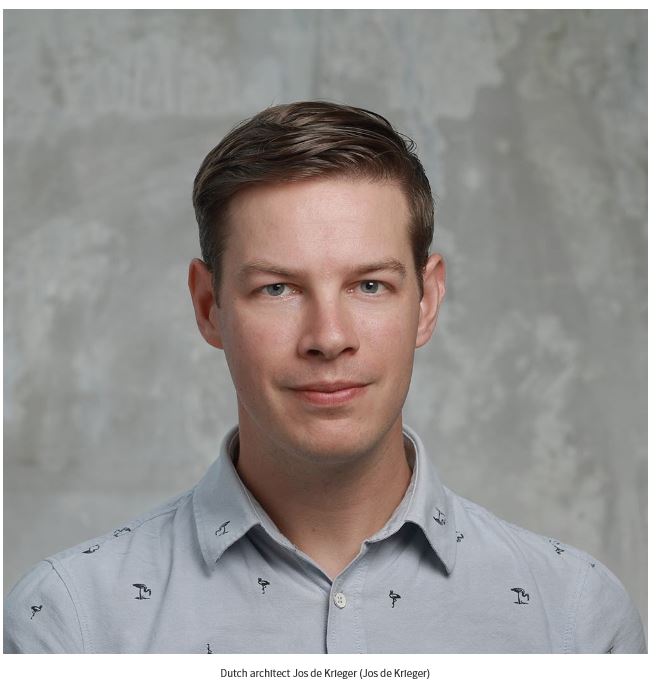 Dutch architect Jos de Krieger, who has been a partner at architecture firm Superuse Studios since 2013, stressed the importance of going global with local architectural projects that reuse old and used materials.

“The building industry is one of the biggest polluters and the reuse of building material can help to bring down the ecological footprint on the environment,” De Krieger said in a recent email interview with The Korea Herald.

He explained how projects that reuse old and used materials can help preserve our environment.

“By giving a new life to a material you are extending its lifespan, and thus reducing the environmental impact of that material,” he said. “In some cases, the added years can even outnumber the original use. This is an important part of cascading materials and it will help to create a circular economy.”

Superuse Studios started out in 1997 as 2012Architects, creating small architectural interventions and reusing items such as washing machines, cable reels and car windows. In 2009, the firm began building an entire house out of reclaimed materials and in 2012 it changed its name to Superuse Studios.

De Krieger’s company nowadays focuses mainly on creating architecture using circular and sustainable design, in the belief that design is part of a circular process as opposed to a linear process.

To pursue its mission to create a new building while being considerate of the environment, his company is working on multiple local projects that involve harvesting used materials nearby.

Harvesting is a widespread architectural term that refers to the process of urban mining to recover used materials, according to De Krieger.

“Over the years we have done a lot of projects on different scales, ranging from the single-family dwelling Villa Welpeloo to a playground out of rotor blades,” he said. 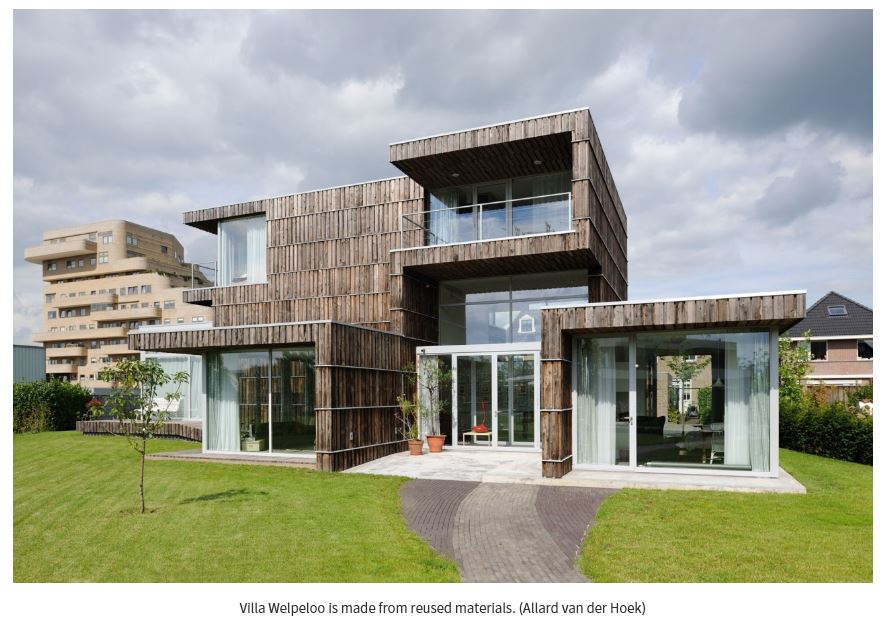 Villa Welpeloo in Enschede, the Netherlands, is a villa designed for a couple with a collection of drawings and graphic art. The main structure is made of steel beams that previously were part of a machine used for textile production, an industry that once was very important in the region. The wooden slats, which originally were used for cable reels at TKF, a local factory that produces cables, were collected to be used as the facade of the villa.

The playground, called Wikado, is one of the Blade Made projects by Superuse Studios. The Dutch-based company created mazelike structures of tunnels and towers that kids can play with, out of discarded windmill parts. 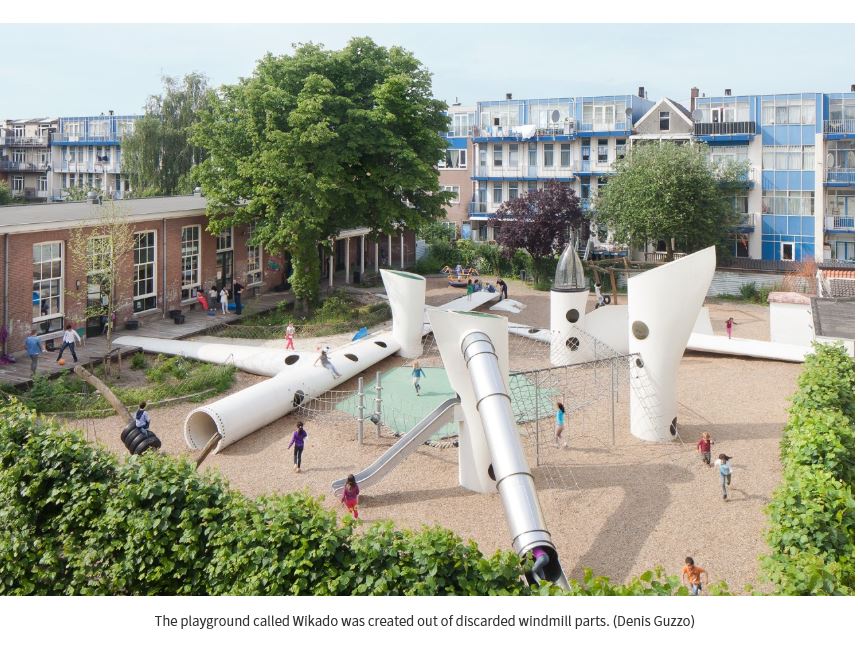 “Currently, we are also working on bigger housing developments of 20 to 50 homes,” he said. “Besides that we also do research on the topic of reuse and develop tools that support our work and the architectural community at large.”

“In general, the designs that Superuse makes are not only about reuse, but it is about creating a functional and welcoming space that happens to be made out of waste materials. In some cases people won’t even recognize that it is reused,” he said.

De Krieger also added that these buildings can cost less to build.

“The material is usually cheaper,” he said.

However, he said that the overall cost can depend on labor costs, which are usually a little bit higher for building with reused materials.

“In the end, it usually evens out to be roughly the same, in some cases it can even be cheaper,” he added.

De Krieger also pointed out the importance of the government’s role in making it more cost-efficient to build buildings from reused materials.

“It would help to create a level playing field for circular architecture if (new) resources would be taxed heavier while reducing the tax on labor,” he said.

The Dutch architect added that his company was currently challenging the regulations of governments together with the Ex’tax Project, an independent think-tank striving to update tax systems to combat global challenges such as climate disruption, resource supply risks and unemployment.

Aside from the taxation issue, the Dutch designer also talked about another hurdle to creating architecture with reused materials.

“Building a new structure comes with regulations and permits, and therefore it’s always a time-consuming process. With material scarcity increasing we predict that in the future reuse of material might be faster than traditional material deliveries,” he said.

In the interview, he also shared how he became interested in more eco-friendly architectural projects.

“For me personally it started when one of the founders gave a lecture at the TU Delft, showing the Duchi shoe store they made out of reclaimed car windows,” he said. “Then and there I decided I wanted to do an internship at 2012Architecten, as Superuse was called until the year 2012, to learn more about reuse in the architecture. I never left the firm since it was so much fun to find a new life for materials that others see as waste.”